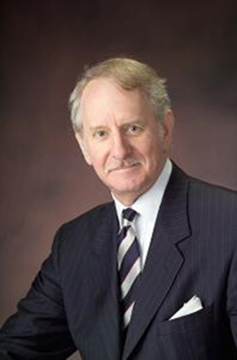 In this Zoom session, Dr. Cooper will share his insights and then take questions from the audience. This event is free, with a $5 suggested donation. The Harvard Club of Alabama is a 501(c)3 and your donation is tax deductible. Funds raised go toward our initiatives to provide internship stipends and scholarship opportunities to current students. Reserve your ticket now.

The recent clinical pig heart transplant carried out at the University of Maryland in Baltimore is hopefully the first of many xenotransplants that will resolve the problem of the lack of availability of organs from deceased human donors. Dr. David Cooper will share his personal recollections of how xenotransplantation research has progressed since the mid-1980s, when the pig-to-nonhuman primate organ transplant model was established. Progress has resulted from the increasing ability to genetically-engineer pigs as sources of organs for humans, and from the introduction of new immunosuppressive agents. The availability of pig organs, tissues, and cells will revolutionize medicine. In addition to providing an unlimited supply of organs for transplantation, it will play a role in the treatment of conditions such as diabetes, corneal blindness, burns, and Parkinson’s disease, and will provide blood for transfusion. Reserve your ticket now.

Since September 2021, Dr. Cooper has been on the faculty of the Center for Transplantation Sciences in the department of surgery at the Massachusetts General Hospital/Harvard Medical School, where he leads a NIH-funded xenotransplantation research group. He is also a consultant to eGenesis Bio, of Cambridge, Massachusetts, a biotechnology company that produces gene-edited pigs as sources of organs for xenotransplantation.

Dr. Cooper studied medicine in the UK at Guy’s Hospital Medical School (now part of King’s College London), and trained in general and cardiothoracic surgery in Cambridge and London. Between 1972 and 1980, he was a Fellow and Director of Studies in Medical Sciences at Magdalene College, Cambridge. In 1980 he took up an appointment in cardiac surgery at the University of Cape Town where, under Professor Christiaan Barnard, he had responsibility for patients undergoing heart transplantation. In 1987, he relocated to the Oklahoma Transplantation Institute in the USA where he continued to work in both the clinical and research fields. After 17 years as a surgeon-scientist, he decided to concentrate on research, initially at the Massachusetts General Hospital/Harvard Medical School in Boston (1996-2005, to which center he returned in 2021), and subsequently at the University of Pittsburgh (2005-2016), and the University of Alabama at Birmingham (2016-2021). His major interest is in developing cross-species transplantation with the aim of using pigs as sources of organs, cells, and corneas for transplantation in humans. Reserve your ticket now.